After our exercise with Cheltenham Fire Brigade in 2017 we were asked if we could accommodate another Watch doing an exercise.  Of course we said yes.  The first event happened when we had no bells and no floors between the ringing chamber and the bells.  Things are very different now but the bells were let down after Sunday Service ringing. 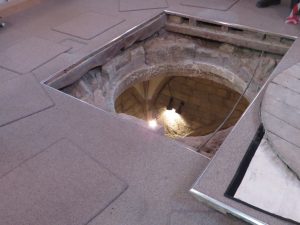 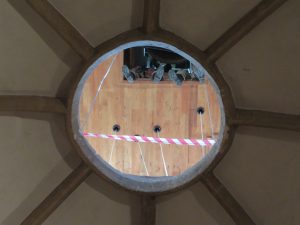 This exercise had a different scenario.  Red Watch West arrived first and organised one of the fire fighters to descend into the church.  As part of the exercise this situation ‘broke down’ and the firefighter was left dangling in mid air. 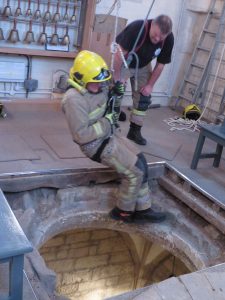 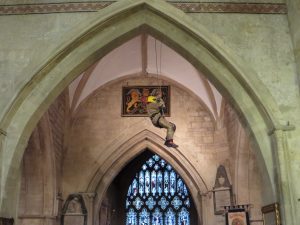 Waiting to be rescued

Red Watch East then arrived and they had to do a risk assessment and decide how to sort out the situation.  They sent down another fire fighter who attached his harness to the first, and then they were both lowered to the ground. 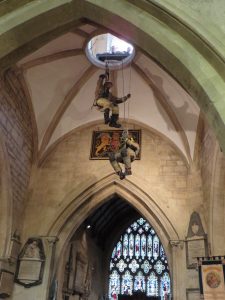 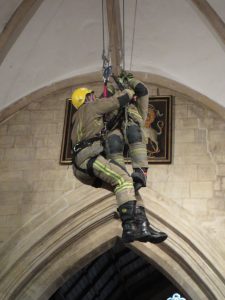 This all took over two hours and the two Watches then had to sort out their equipment and tidy up the ringing chamber. 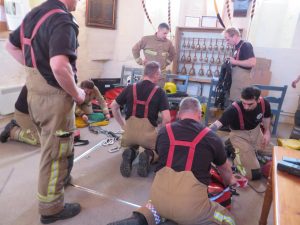 They all enjoyed it and greatly appreciated doing the exercise in a completely different building.